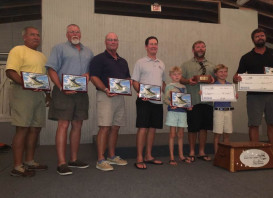 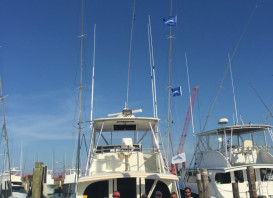 Today was the first day of the Carolina Boat Builders Tournament. We caught a Grand Slam with an extra white to put us in first. 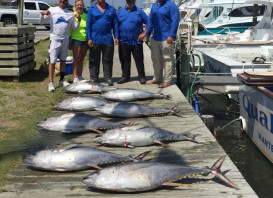 Tuna fishing again today. We started out catching a sailfish,then a wahoo. Caught four tunas on the troll and the rest on the kite. 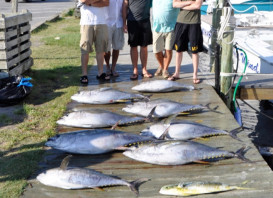 Today we went Tuna fishing ,caught all but one on the troll. Found some float with about 20-30 dolphin on it that wouldn’t eat. Tuna fishing is still good with an unusually large class of fish.

Today we ran up the road with Joe, Randy and Jack looking for a marlin. Came home with 6 White Marlin and a sail. 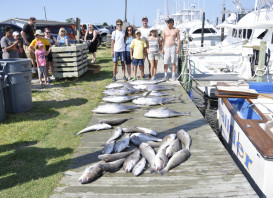 Today we went Tuna fishing catching 9 , caught one on the troll and the rest of the tunas we plugged with spinning rods.  We also caught some tilefish for a little  variety. 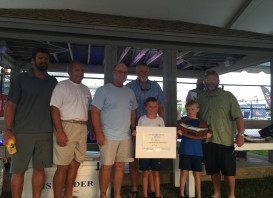